The current work by UNCITRAL in the area of insolvency law

Overview of UNCITRAL texts in the area of insolvency law

Since the early 1990s UNCITRAL has adopted various legislative texts in the field of insolvency law, addressing both domestic and cross-border aspects of insolvency. Those texts have been used worldwide as a benchmark for insolvency law reform.

The first of UNCITRAL insolvency text was the UNCITRAL Model Law on Cross-Border Insolvency with its Guide to Enactment (1997) (the MLCBI). It provides a legal framework for the cross-border recognition of insolvency proceedings involving a single debtor. The goal of the text is to minimise formality, time and costs for obtaining such recognition and to ensure the availability of appropriate relief and the protection of creditors. To the knowledge of the UNCITRAL secretariat, the MLCBI has been used as the basis for enacting domestic cross-border insolvency legislation in 49 jurisdictions.1

Some case law on the MLCBI has raised questions relating to the interpretation of certain provisions of the MLCBI, in particular, the meaning of “centre of main interests” (COMI), the scope of the public policy exception and application of the relief provisions. To provide additional information and clarify those issues of interpretation and application, the 1997 Guide to Enactment accompanying the MLCBI was revised, and on the basis of a revised text, without changing the substance of the MLCBI itself, the Commission adopted the Guide to Enactment and Interpretation of the UNCITRAL Model Law on Cross-Border Insolvency in 2013.

The MLCBI was a ground-breaking instrument not only because very few jurisdictions had, at that time, any legislation enabling cross-border judicial cooperation in insolvency cases, but also because insolvency law had long been considered to be too sensitive a topic for legal harmonisation. The positive experience with the development and subsequent implementation of the MLCBI encouraged UNCITRAL to tackle the substantive insolvency law and other aspects of international cooperation in insolvency.

Throughout the 2000s, UNCITRAL worked on its Legislative Guide on Insolvency Law addressing such key aspects of substantive insolvency law as liquidation, reorganisation, avoidance, treatment of claims, composition, protection and realisation of the insolvency estate, distribution of proceeds and discharge. Parts one and two of the Legislative Guide adopted in 2004 were supplemented in 2010 by part three addressing treatment of enterprise groups in insolvency and in 2013 by part four addressing directors’ obligations in the period approaching insolvency.

The last two parts of the Guide were expanded in 2019 by the newly adopted UNCITRAL texts – the UNCITRAL Model Law on Enterprise Group Insolvency (MLEGI), its Guide to Enactment and a text on obligations of directors of enterprise group companies – designed to equip States with modern legislation addressing specific issues arising from the domestic and cross-border insolvency of enterprise groups (see below).

In 2018, UNCITRAL adopted the UNCITRAL Model Law on Recognition and Enforcement of Insolvency-Related Judgements (the MLIJ) with its Guide to Enactment, designed to allow any foreign insolvency-related judgment to be enforced, including a judgment relating to the recovery of assets of the debtor located in a jurisdiction whose insolvency proceedings would be neither a main nor a non-main proceeding under the MLCBI.

In addition to the legislative texts, UNCITRAL has authored a number of practical tools of a particular relevance to judges in response to the experience with the use of the MLCBI. In 2009, UNCITRAL adopted the Practice Guide on Cross-Border Insolvency Cooperation, which expands on article 27 of the MLCBI, discussing the various ways in which cooperation in cross-border insolvency cases can be achieved and compiling experience with the use of cross-border insolvency agreements. In 2011, “UNCITRAL Model Law on Cross-Border Insolvency: The Judicial Perspective” was adopted, which was subsequently updated in 2013 (further updates to that publication should be expected). It identifies issues that may arise on an application for recognition or cooperation under the MLCBI and discusses approaches that courts have taken in countries that enacted the MLCBI.

The UNCITRAL secretariat assists States with the use of UNCITRAL texts, in particular by providing technical assistance with drafting legislation based on those texts. Following the adoption of the MLIJ and the MLEGI, the Commission requested the Secretariat to prepare materials explaining to States how three UNCITRAL model laws in the area of insolvency law interact. They are under preparation.

In addition, harmonised interpretation of UNCITRAL legal texts is facilitated by the Case Law on UNCITRAL Texts (CLOUT) system, under which the UNCITRAL secretariat publishes, in the six official languages of the United Nations, abstracts of judicial decisions (and, where applicable, arbitral awards) that interpret conventions and model laws emanating from the work of UNCITRAL. The full, original decisions are available, upon request. There are currently 127 case law abstracts on the MLCBI in the system.2 They are being systematised in a digest of case law on the MLCBI expected to be published soon. With the enactment of the MLIJ and MLEGI by States and ensuing case law, the CLOUT system will also include the MLIJ and MLEGI-related case law.

The 2019 UNCITRAL Model Law on Enterprise Group Insolvency with its Guide to Enactment. At its 52nd session in 2019, UNCITRAL adopted the Model Law on Enterprise Group Insolvency (the MLEGI) and its Guide to Enactment, complementing the MLCBI and extending recommendations of part three of the UNCITRAL Legislative Guide on Insolvency Law. The MLEGI consists of two parts: Part A is a set of core provisions, dealing with matters that are regarded as key to facilitating the conduct of enterprise group insolvencies; and Part B, comprising articles 30–32, is a set of supplemental provisions included for States that may wish to adopt a more extensive approach with respect to treatment of the claims of foreign creditors.

The MLEGI introduces new terms not found in the MLCBI or part three of the Legislative Guide (“group insolvency solution”, “group representative” and “planning proceeding”). Other terms, such as “insolvency representative”, “insolvency proceeding”, “main” and “non-main” proceeding, “enterprise”, “enterprise group” and “control”, are used in those other UNCITRAL insolvency texts or, like “group representative” are based upon definitions included in those texts. MLEGI is similar to those other texts in other respects, in particular as regards provisions on public policy exception, cooperation and coordination, relief, recognitions and protection of creditors and other interested persons.

The Guide to Enactment that accompanies the MLEGI provides background and explanatory information on the MLEGI. That information is primarily directed to executive branches of Governments and legislators preparing legislative revisions necessary to enact the MLEGI but may also provide useful insight to those charged with interpretation and application of the MLEGI as enacted, such as judges, and other users of the text, such as practitioners and academics.

Text on obligations of directors of enterprise group companies. At its 52nd session, in 2019, UNCITRAL also adopted a text intended to serve as legislative guidance for policymakers and legislators on obligations of directors of enterprise group companies in the period approaching insolvency. With the addition of that text, part four of the UNCITRAL Legislative Guide on Insolvency Law now addresses the key elements of directors’ obligations in both contexts: of an individual company when that company faces imminent or unavoidable insolvency; and of an enterprise group, when the group as a whole or one or more of its members are in such situation.

The need for the additional text arose because many States adhere to the separate entity approach under which directors are typically required to promote the success and pursue the interests of the company they direct, respecting its limited liability and ensuring that its interests are not sacrificed to those of the enterprise group. That is to be achieved irrespective of the interests of the enterprise group as a whole, the position of the director’s company in the enterprise group structure, the degree of independence or integration among enterprise group members and the incidence of ownership and control. However, where that company’s business is part of an enterprise group and reliant, at least to some extent, on other enterprise group members for the provision of vital functions (e.g. financing, accounting, legal services, suppliers, markets, management or intellectual property), addressing the financial difficulties of that company in isolation is likely to be difficult, and, in some cases, impossible.

The newly added text, as the rest of part four, focuses on directors’ obligations in the proximity of insolvency that may be included in the law relating to insolvency and become enforceable once insolvency proceedings commence (i.e. the liability of directors under criminal law, company law or tort law is excluded from the scope of the text). It acknowledges that those obligations and the rationale for imposing them are the same in the enterprise group context as in the context of an individual company. At the same time, the text recognises complexities arising in the enterprise group context as well as threats and pitfalls that may result from overly draconian rules. Accordingly, it identifies the extent to which a director of an enterprise group member may take account of considerations beyond the enterprise group member managed by that director in the period approaching insolvency and the safeguards that should apply.

Additional recommendations have been included to address the situation where a director is appointed to, or holds a managerial or executive position in, more than one enterprise group member and a conflict arises in discharging the obligations owed to the different members.

UNCITRAL Working Group V (Insolvency Law) is working on a simplified insolvency regime, developing mechanisms and solutions to address the insolvency of individual entrepreneurs and micro and small businesses of an essentially individual or family nature with intermingled business and personal debts (collectively referred to as MSEs).

The end product is expected to contribute to UNCITRAL texts aimed at reducing the legal obstacles faced by micro, small and medium-sized enterprises (MSMEs) throughout their life cycle. The work therefore proceeds in close cooperation and coordination with UNCITRAL Working Group I (MSMEs). It is also coordinated with the World Bank Group that is updating the World Bank Principles for Effective Insolvency and Creditor/Debtor Regimes to deal with specifics of the MSEs insolvency.

At its next session, the Working Group is expected to consider, in addition to revised recommendations and commentary, interaction of the text on a simplified insolvency regime with the UNCITRAL Legislative Guide on Insolvency Law and with the work of Working Group I on access of MSMEs to credit and financial services.

The time until the next session of the Working Group gives its delegates and observers an opportunity to reflect on the experience of States with COVID-19 insolvency-related legislative measures, which are being put in place in particular to address difficulties faced by MSEs. The Working Group’s end product on MSE insolvency, when it is presented to UNCITRAL for its finalisation and adoption, as scheduled, at its session in the summer of 2021, can only be enriched by results of the thorough assessment of that experience.

The views expressed in this article are those of the author and do not necessarily reflect those of the United Nations.

1 A list of MLCBI enacting jurisdictions is available at uncitral.un.org. As of March 2020, the Dubai International Financial Centre was the latest jurisdiction ascertained by the UNCITRAL secretariat as having enacted MLCBI. The UNCITRAL secretariat is currently ascertaining whether the new insolvency law of Myanmar, adopted in February 2020, had enacted the MLCBI as has been reported.

3 For the report of the session, see A/CN.9/1006, available at https://uncitral.un.org/en/working_groups/5/insolvency_law 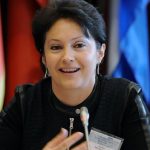