The Spanish-American philosopher George Santayana once observed that those who cannot remember the past are condemned to repeat it. In this article several turning points in the history of residential mortgage lending in the Netherlands are discussed. In chronological order this article will discuss the prevalence of peer-to-peer lending in the pre-1850 era, the rise of specialised mortgage banks in the 1860 to 1950 period, the dominance of financial-services conglomerates in the 1960-2013 period and the rise of non-bank lenders in the post-2013 period.

Before the 1860s, homeownership in the Netherlands was scarce and there where limited opportunities for individuals to obtain residential mortgage financing due to the lack of established financial institutions targeting retail clients. The most common way to obtain financing was via what we would now call peer-to-peer lending where notaries acted as an intermediary between wealthy individuals willing to lend their money and individuals looking to obtain financing to purchase residential property.

Several inefficiencies of this peer-to-peer lending system were already observed in the literature of that time. First, the individuals willing to invest their money in mortgage loans needed to be fortunate that a notary would able to match their intended investment with a borrower in a timely manner, while having the money available in cash resulted in a cash drag in the meantime, and a borrower had to be lucky that a notary in their geographic region would know an individual willing to lend at the moment it needed the financing. Second, another problem was the lack of tradability of mortgage loan receivables. Although transfers of ownership of mortgage loans was possible this was expensive and uncommon making investments in equities and bonds the preferred option over participation in the primary market for mortgage loans. As we will conclude later, the comment made in 1855 regarding tradability of mortgage loan (receivables) is still very relevant today1.

In 1861 the first two mortgage banks were established which initially focused on the provision of mortgage loans for the purchase of agricultural land. In the 30 years thereafter 17 additional mortgage banks were founded which expanded into the provision of residential mortgage loans for the purchase of residential property. These mortgage banks were funded using long-term pandbrieven, and therefore had limited interest rate and refinancing risk. The credit risk was perceived to be slightly higher than government bonds and as result the yield on pandbrieven was marginally higher than government bond yields.

In addition to mortgage banks, non-profit savings banks entered the marked focusing on attracting savings from small private savers. These savings banks initially did not lend money but instead invested the savings in national government bonds, mortgages loans and other investments.

In the 1950s the banking landscape in the Netherlands mainly consisted of specialised banks operating locally.

Exhibit 1: Distribution of outstanding mortgage debt in the Netherlands 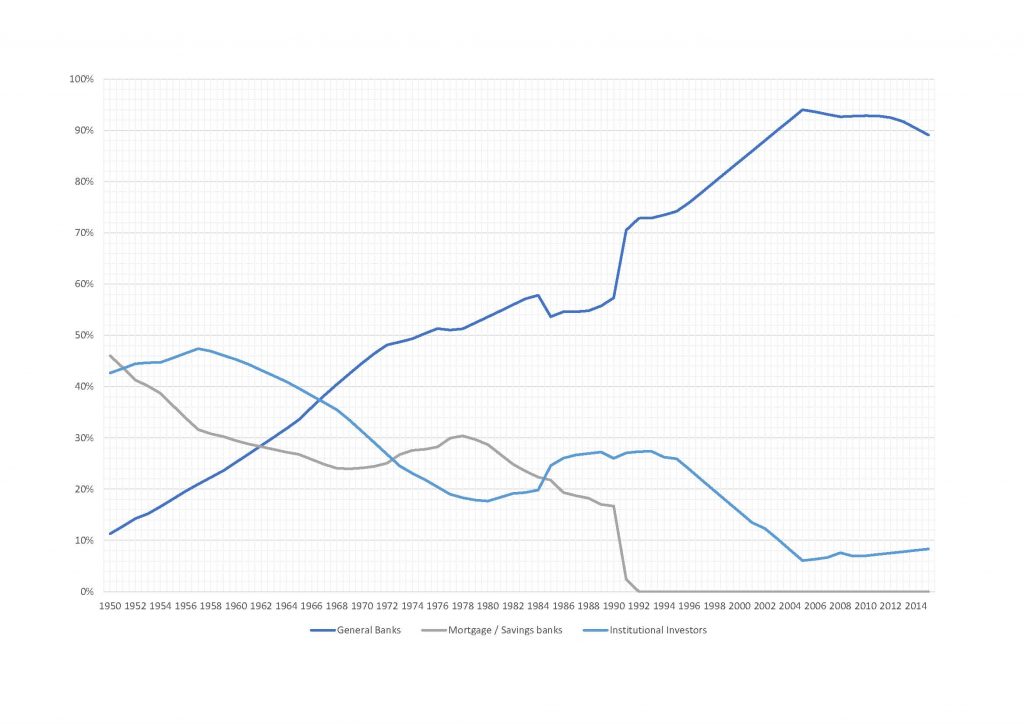 During the 1960s and 1970s, branch diversification and mergers resulted in the emergence of general banks that operated nationally. These larger financial-services conglomerates combined retail banking, commercial banking, investment banking and later insurance services and formed serious competition to the mortgage banks that dominated mortgage lending previously. Further mergers and acquisitions resulted in the Dutch financial services conglomerates of today.

Even though the underlying market fundamentals weakened, mortgage banks regained market share by lowering their underwriting standards and shifting focus to provision income rather than interest margin. When the second oil crisis started in late 1979/early 1980, the housing market stagnated, unemployment almost tripled and the mortgage banks suffered significant losses. Many mortgage banks received financial support from, or were acquired by, other financial institutions, or went bankrupt. In addition, due to changed regulation mortgage banks lost the monopoly on issuing pandbrieven which increased competition on the capital markets. 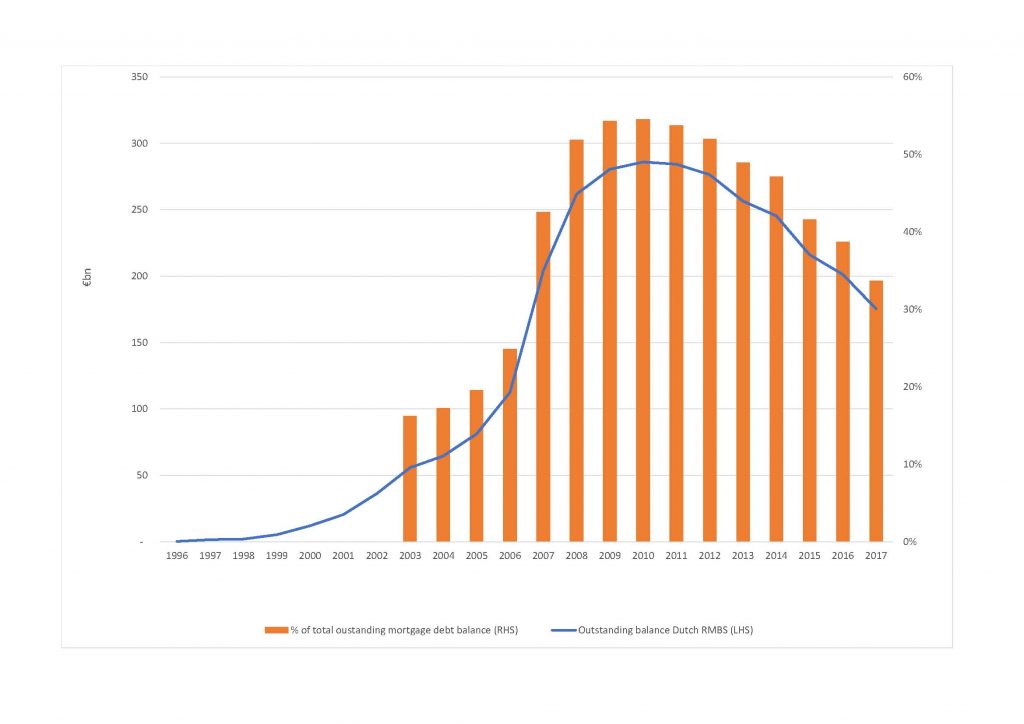 With mortgage banks being less competitive, general banks began to dominate the market in the decades thereafter. As can be observed in Exhibit 1 their market share peaked in 2005 at around 94% of total outstanding mortgage debt. Securitisation played a large role in the dominance of general banks in the mortgage loan market. Ever since the first public securitisation in the Netherlands closed in 19962, the Dutch RMBS market developed itself to become an established funding instrument for Dutch banks and a leading asset class in the European Asset-Backed Securities (ABS) market.

RMBS and covered bonds work well for the banks, as in retained form they, in the case of RMBS, can easily pledge them as collateral at for instance central banks or, in case of both RMBS and covered bonds act as a funding instrument. However, these instruments are not focused on providing the end investors with a direct exposure to residential mortgage loan risk and are not per se a good match in terms of relative risk/return, duration and regulatory treatment for institutional investors. Recently, many investors increased exposure to Dutch residential mortgage loans in whole loan format at the cost of (part of) their Dutch covered bond and asset-backed security exposure.

This demand for exposure in whole loan format can be explained as follows. First, the reduced competition from general banks and an insurance company resulted in increasing spreads on mortgage loans. The aftermath of the global financial crisis in the Netherlands resulted in the nationalisation of ABN AMRO bank along with Fortis bank Nederland in 2008 and to capital injections for ING Groep, Aegon and SNS Reaal and subsequent nationalisation of SNS Reaal in 2013. 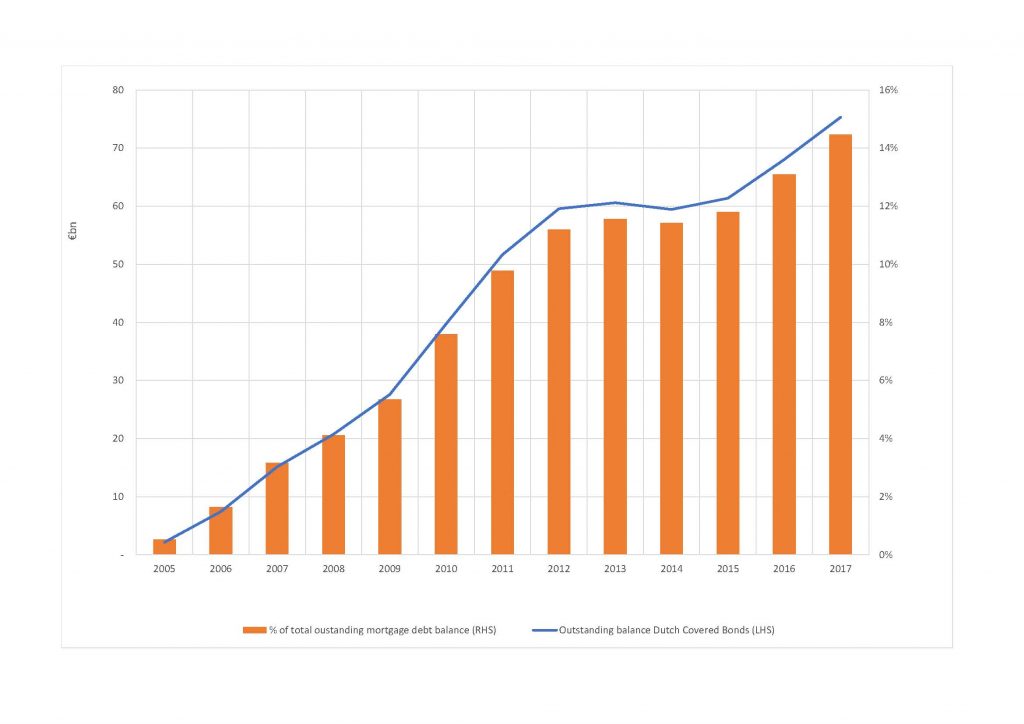 To prevent these parties from gaining an unfair competitive advantage, the European Commission put restrictions in place on the pricing policies of these parties: ABN AMRO was not permitted to be price leader or show aggressive pricing behavior, ING was not allowed to be cheaper than their three cheapest competitors and AEGON was not permitted to be price leader. Second, (expected) regulation would require banks to hold more capital against Dutch mortgage loans, while Solvency II regulation, which became effective in 2016, introduced a relatively unfavourable treatment for RMBS compared to whole loans under the standard model. Thirdly, yields on fixed income products decreased significantly due to quantitative easing by the ECB. Finally, whole loan portfolios with specific risk/return and duration could be originated better matching investor needs.

The demand for mortgage loans fixed rate periods of 10 years and longer has rapidly increased due to the combination of the low interest environment and increased competition of non-bank lenders in this segment. Banks have a larger maturity mismatch in this segment compared to other competitors such as insurance companies and pension funds and hence have more difficulty competing.

Taking direct exposure in Dutch residential mortgage loans has become easier with the emergence of direct lending platforms allowing investors to create tailor made portfolios, while outsourcing activities required to originate, service and manage a portfolio of mortgage loan receivables. These platforms range from relatively simple set-ups in which mortgage loans are originated specifically for a particular investor through an originating entity, generally wholly owned by the investor, but for which activities related to origination, servicing and portfolio management are outsourced to third parties to multi-funder platforms that allow multiple investors to build-up investor specific mortgage loan portfolio’s through a single originating entity and mortgage loan product.

A potential solution to address the hurdles of whole loan exposures is a simple form of securitisation, which combines the advantages of whole-loan investments and bond market infrastructure into a new investible security for Dutch mortgage loans: a simple pass-through structure.

These mortgage bonds allow institutional investors to get the exposure that best matches their duration and risk/return profiles while increasing liquidity.

In the Dutch market a party is currently attempting to launch a peer-to-peer mortgage loan platform offering a mortgage loan product to borrowers that is partly crowd-funded. It remains to be seen how the issues as raised in the 1860 for peer-to-peer lending are addressed by this platform. To reiterate the words of George Santayana “those who cannot remember the past are condemned to repeat it”.

Merijn Bosman is responsible for establishing Dynamic Credit’s SME, BTL and residential mortgage loan portfolio management and advisory activities. Under his leadership the residential mortgage loan portfolio management activities that started in 2014 grew to around €7bn in assets under management in 2017. In addition, he headed the advisory team that advised both buyers and sellers of mortgage loan portfolios on several of the largest portfolio transactions that occurred in the Dutch market post-crisis. He holds a master degree with honours in financial engineering from the University of Twente and he started his career at Dynamic Credit as an asset backed security analyst in 2011.

Jasper Koops played an instrumental role in establishing Dynamic Credit’s residential mortgage loan portfolio management and advisory activities and currently heads the team responsible for these activities. He holds a master’s degree in Quantitative Finance and Actuarial Science from Tilburg University and he started his career at Dynamic Credit in 2013.

1 Other issues were (i) the predatory interest rates being charged and (ii) the annual option for the lender to require the borrower to repay the outstanding loan amount in full.

2 On July 10, 1996, NLG500m of notes were issued by the issuer F.I. Mortgage Securities B.V. and backed by a pool of residential mortgage loans benefiting from either the Dutch municipal or the national mortgage guarantee scheme. The loans were originated by VSB Bank N.V. – a subsidiary of Fortis Group. The first Dutch tranched securitisation followed shortly thereafter with the closing of European Mortgage Securities I (EMS I) on September 2, 1997 – a NLG2bn transaction backed by a pool of Dutch residential mortgage loans originated by ABN AMRO Bank N.V. 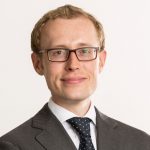 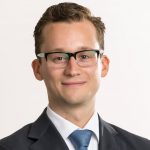